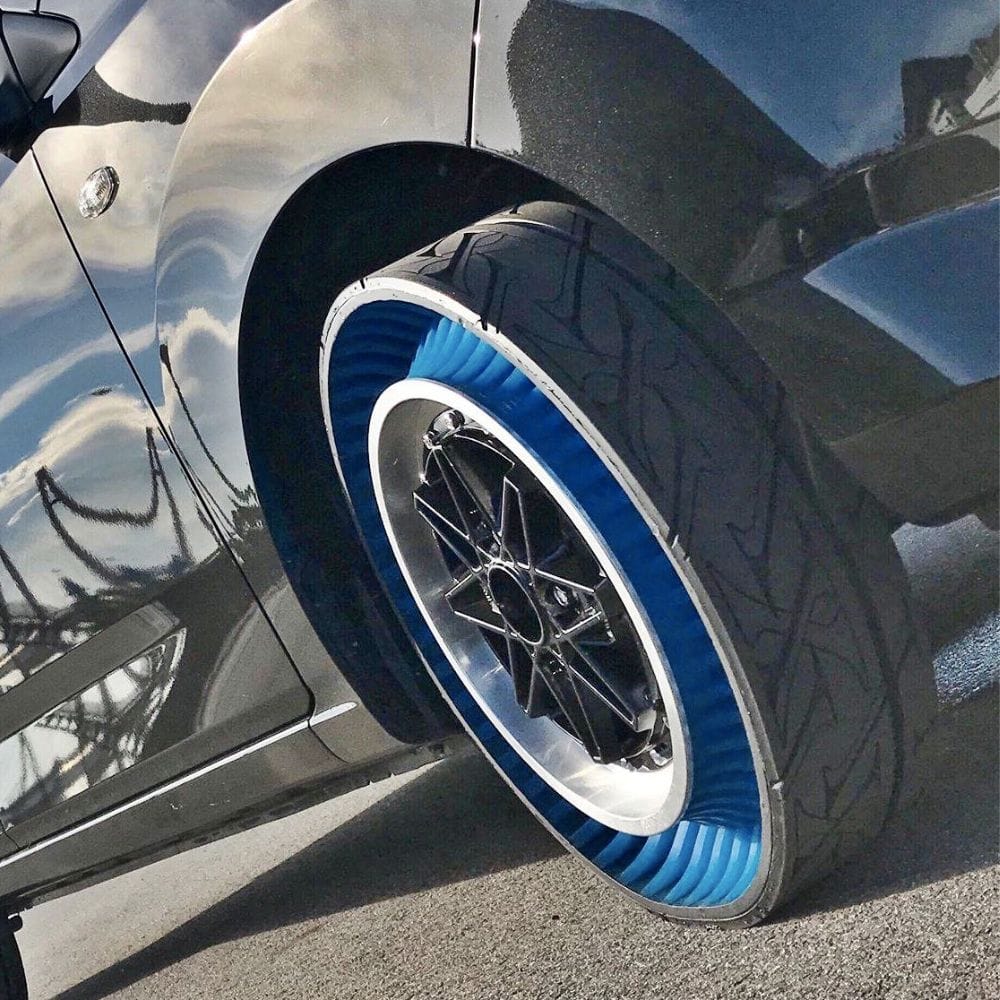 Airless tires are no mystery. These things have been in the works for over 2 decades and have been fitted in various things, from wheelbarrows to heavy machinery. But one type of vehicle they haven’t been a part of is the general mass-used cars. Now, companies like Toyo Tires are trying to get these airless tires to EVs as soon as possible. Dubbed ‘NoAir’, these airless tires will change the game for EVs and cars in general, but it also comes with its own set of challenges.

The Importance of Airless Tires

Airless tires are the next step into the future of cars, regardless of whether a company manufactures EVs or not. One of the most obvious benefits is that this car would never run out of air, never get punctured, and you would never get a flat. These tires will be a no-maintenance addition to your car. Not only that, Toyo’s latest product will be more energy and fuel efficient for all vehicles. These tires also rely on foam inserts, which helps in reducing rubber consumption, according to Toyo. 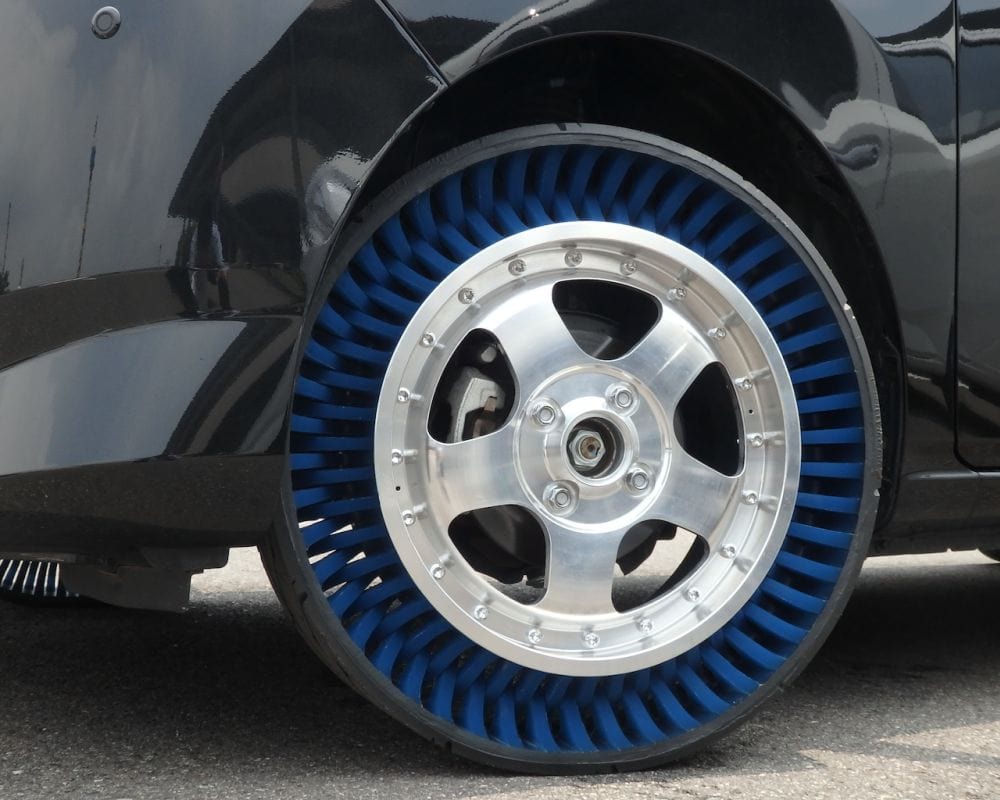 Airless tires are especially important for EVs as these cars run on batteries. A consistent tire means more cruising range since it won’t go flat or get slow. When the tires become flat, the car needs to expend more energy to keep the car moving. According to the US Department of Energy, around 4-11% of the total energy in internal-combustion-engine vehicles is used in overcoming the rolling resistance when the tire loses air. For EVs, this number can be as high as 25%. According to Toyo, making the correct airless tire for EVs can be challenging as these cars are comparatively heavier. If the correct tire is made for these, they can lead to a net gain of 3 percent energy efficiency in EVs.

Toyo’s first target market, after beginning production, is Japan, and that too is only for small EVs. But, launching in Japan has its own challenges. Japanese safety standards are strict, are based on conventional tires, and do not allow airless tires on public roads. To get around this, Toyo will first sell vehicles used on private properties, like golf carts. Hopefully, as Japanese automakers add more and more EVs to their lineups, the Japanese government will modify their rules accordingly to allow for airless tires on public roads. Otherwise, the future of EVs in Japan looks bleak and might need some pumping to sustain.

This Is The Largest Electric Vehicle In The World – The eDumper

The electric vehicle market is really taking off in 2019, with every automotive company trying to ...

According to the latest FBI research, there are approximately 1.4 million active gang members in ...

Audi Redesigned Its Iconic Four-Ring Logo. Can You Tell?

Audi has changed their famous logo so subtly that it might go unnoticed. No, it is not the number ...