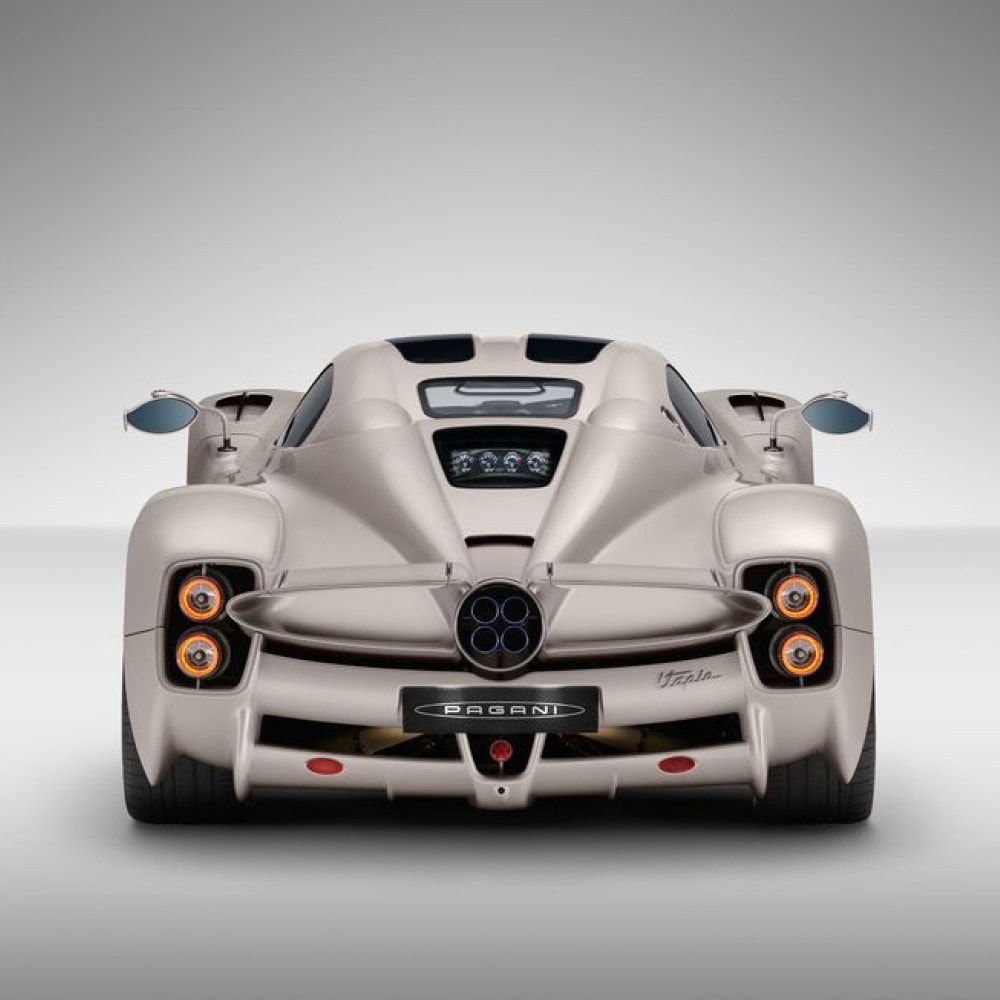 Pagani is a hypercar maker company, and is also an expert in blurring the line between art and automobiles. The new model of the Italian company, the Utopia, a replacement for the previous Huayra, is a true embodiment of that ethos! Distinct in nature, the car features a twin-turbo AMG V-12 engine, making 852 HP. With some familiar design themes from its predecessor, the new Pagani Utopia boasts a completely new structure inside and out, built around the philosophy of simplicity and lightness meeting driving pleasure and performance. 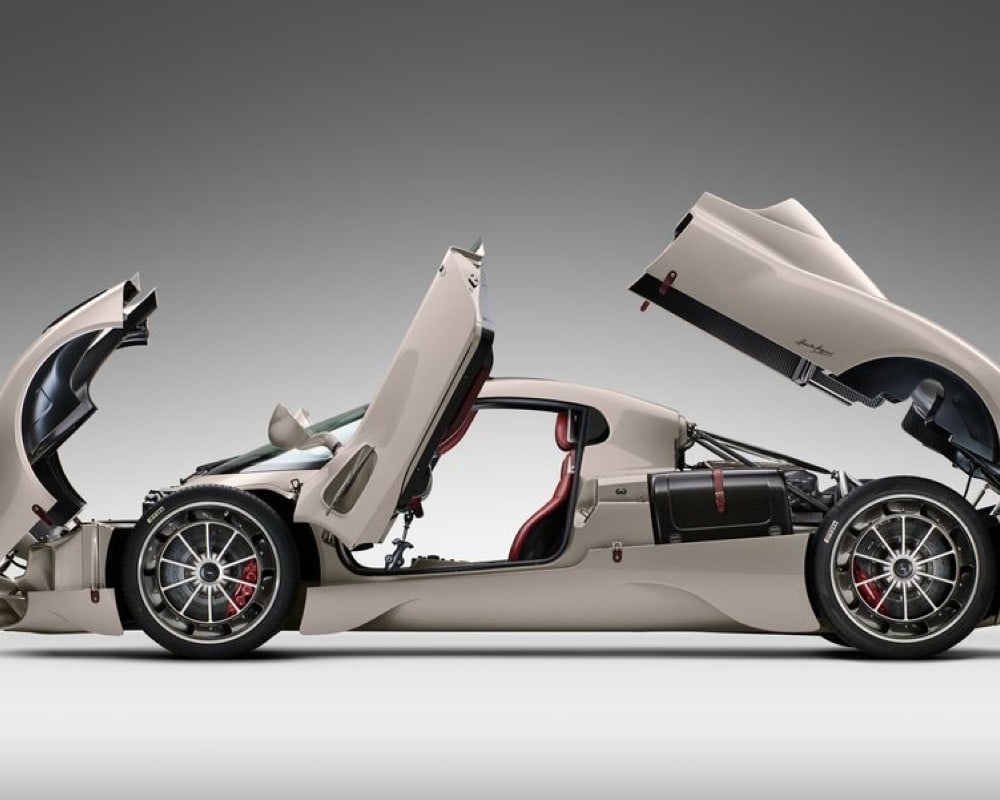 Though there are no official performance figures yet, the compelling simplicity of the weight-to-power ratio makes it possible to safely predict that the new Pagani Utopia will be impressively fast. Alongside its stunning design, the car can also create g-forces. According to Pagani, the shape of the car is a result of multiple wind tunnel testing for thousands of hours. The hardworking surface of the car can cut drag and add enough downforce without the help of any external mechanism. Other spectacular details of Pagani Utopia include butterfly-opening doors sitting on alloy wheels, revealing a rear opening, and the continued use of leather straps.

It’s not only the relatively simple powertrain that ensures the lightness of the new car, but also its Carbo-Titanium core structure, a combination patented by Pagani. Instead of mere carbon fiber, using this mixture of high-strength and composite metal in the center structure gives the model its desirable lightness. Alongside, the chrome alloy subframes and lightweight carbon bodywork contribute to the car’s dry weight of just 2822 pounds. With its central spirit of breaking away from the herd, Pagani Utopia is a hypercar offering the options of a manual gearbox and an automated single-clutch transmission, limiting the weight and complexity. 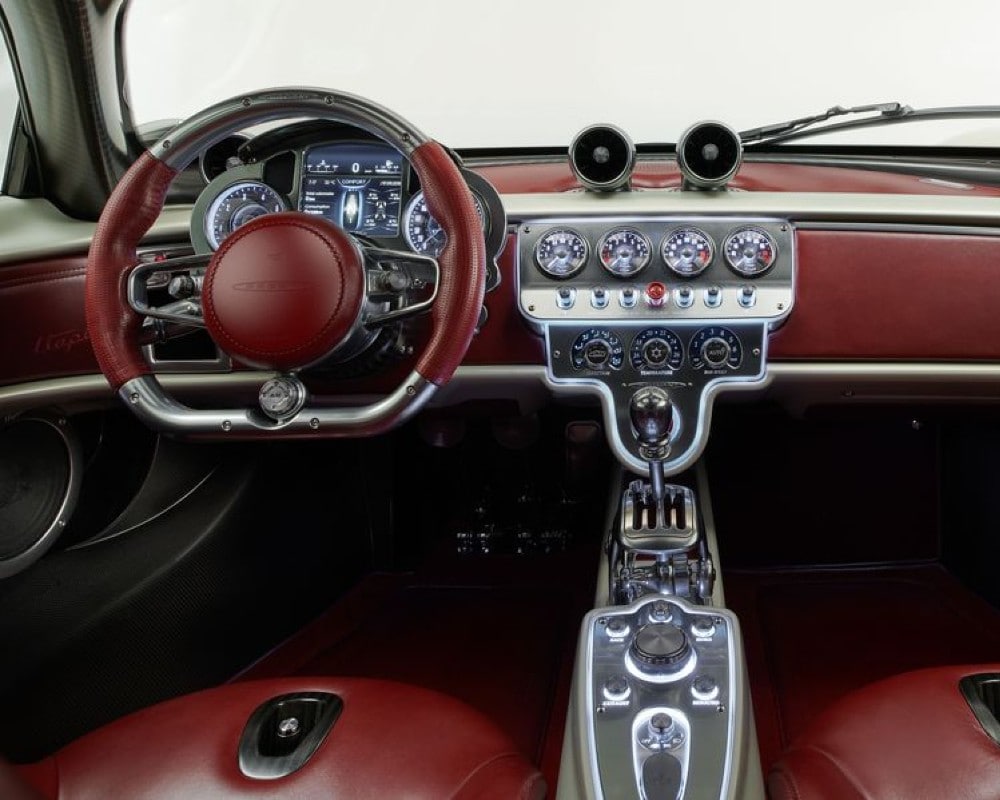 If the striking silhouette and elegant exterior are something special, the classy interior of the car only adds to it. The driving cabin is blissfully spared from the usual large display screens typical of most high-end automotive cars. Everything in the interior is entirely analog apart from a single screen between the rev counter and mechanical speedometer. Along with a high-level finish, the steering wheel and individual pedals are all refined from a single aluminum block. The seven-speed manual transmission comes with an exposed shifter, which is a design masterpiece by itself. The internal combustion with a chic interior is worth the money you pay for it!

According to NAVYA, the future is both autonomous and electric. This is what the French company’s ...

Feast Your Eyes On The New Electric Lambo: The Lamborghini Terzo Millennio

With many companies heading towards electric cars, the luxury brands figured it was important they ...

Just four years ago, the all-electric motorsport racing championship launched off in Beijing for ...